Giving birth to a child and becoming a mother is undoubtedly the most incredible feeling and women should feel fortunate God has given this immense power only to us. But what if at some point in time this power and happiness suddenly become a curse.  There can be many situations when pregnancy results in unwanted happiness. It can be related to both medical issues as well as emotional issues. In this post, we will discuss and find out if abortion is legal in India and the conditions under which an abortion can be done.

We come across many incidents that there is a need for abortion as the pregnancy could put the mother’s life in danger. In such a situation it is recommended by the doctors to terminate the pregnancy. This is one scenario that is still acceptable. But what if the pregnancy is a result of an evil act such as Rape. In these situations, neither the family nor the girl wants to give birth to a child who is the result of such a heinous act. Instead of love and care, there is always a feeling of hatred as such pregnancy never allows the victim to forget about that atrocious act. 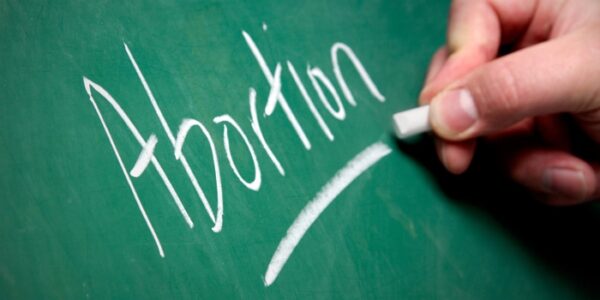 Levels of Abortion based on Safety

Until 2017, there was a classification made as a “safe” and “unsafe” abortion. WHO has defined an unsafe abortion as “a procedure for termination of a pregnancy done by an individual who does not have the necessary training or in an environment not conforming to minimal medical standards.” However, with time technology has developed and this categorization has been replaced by a three-tier classification of “safe”, “less safe” and “least safe”. All three types are carried forward in different ways.

Is Abortion Legal in India?

In India, abortion is legal under the Medical Termination of Pregnancy Act, 1971 [commonly known as the MTP Act] if the pregnancy is under 20 weeks. The pertinent point which should be kept in mind is that there are certain conditions to get an abortion and it is only at the discretion of the doctor that whether you have the ability to go through an abortion or not.

Conditions under which an Abortion can be done

Section 3 of the MTP Act gives us a few conditions under which a doctor can exercise their power for abortion. These conditions are:-

Apart from these two situations, there are two more instances where an abortion can be done.

The difference between the previously mentioned situations and these two is that unlike the former ones, in these situations, the pregnancy is unwanted and undesirable and abortion is the only way left to get rid of it.

Related Read: In-Laws asking for Dowry? What can you do?

Is Abortion a Choice or a Compulsion?

The decision of abortion is solely at the discretion of the doctor. If he is satisfied that there is a need for abortion, he can do it, otherwise no. If the pregnancy is within 12 weeks and the mother needs/ requires an adoption, the permission of one doctor is enough, but if the pregnancy has extended beyond 12 weeks, the permission of two doctors is mandatory. The doctors giving such permissions and handling the case needs to be registered medical practitioner prescribed under the law.

It is a very common practice in India that a woman is asked to get the consent of her husband and his family before the abortion is done. However, it is pertinent to mention that the MTP Act gives a legal right to an adult woman to decide whether she wants the abortion or not, all by herself without the permission of her husband or her in-laws. The doctor cannot ask for anybody else’s consent apart from the woman.

But if the girl is below 18 years, the doctor is duty-bound to take the permission of her guardian.  Any doctor who carries an abortion without your consent should be punished with imprisonment extending up to 10 years and a fine.

In India, it is a very common practice that people do the sex determination test of the fetus and once they get to know that the child is a female, they try to kill her then and there before she is even born. So, the law has taken a very strong step against such a monstrous crime. As per Section 312 of IPC, if any such offense is committed, the culprit will be punished with imprisonment of three years which can extend up to seven years depending upon the stage of the pregnancy. This punishment is valid for both the family as well as the doctor responsible for such an abortion. These tests are only allowed to detect certain abnormalities of the fetus.

Have you selected a Right Job for yourself

World Kidney Day and How you can take care of it