Bharti Airtel is one of the largest telecom company in India, and now  the company  has put its 4G plans on the fast track, introducing it today which was supposed to launch the services in Kolkata on March.

Bharti Airtel has selected ZTE Corporation to plan, design, supply and deploy its 4G network in Kolkata, which will allow its subscribers to experience high-speed wireless internet access.  The operator had paid Rs 33.1 billion to bag 4G spectrum in Maharashtra, Karnataka, Punjab and Kolkata. Meanwhile, it has already finalized its vendors for these services. After Kolkata, it will be launched in Bangalore, Pune & Chandigarh.

However,  Nokia Siemens Networks will manage the operators’ functions in Maharashtra, Huawei in Karnataka and Ericsson in Punjab.

The company had paid a total of Rs 3,314.36 crore for license and spectrum fees during an auction held in June 2010.  According to the Telegraph, Sanjay Kapoor, CEO of Bharti Airtel said :

According to industry estimates, 6 per cent of all mobile connections will have 4G connection by 2016, creating 36 per cent of the total mobile data traffic, thus paving the way for the ensuing data revolution.

The donngle will have Multi-mode data download capability, Slot for USIM. To connect with Airtel 4G Modem, You can use USB and follow the connection manager software to set it up.

Kolkata, April 10, 2012: Bharti Airtel (“Airtel”), a leading global telecom services provider with operations in 20 countries across Asia and Africa,
today launched India’s first 4G service in Kolkata. Airtel has launched the service on a state-of-the-art network based on TD-LTE, making India one of  the first countries in the world to commercially deploy this cutting-edge technology. With this launch, India joins the most advanced telecom markets in the world and marks the beginning of a new chapter in the country’s telecom success story.

Airtel’s 4G (TD-LTE) network was launched by Mr. Kapil Sibal, Hon’ble Minister of Communications and Information Technology, Government of India. The launch will trigger a new phase of accelerated equitable and inclusive economic growth through proliferation of broadband services as envisioned by the Hon’ble Minister in the draft National Telecom Policy. Commenting on the launch, Mr. Sunil Bharti Mittal, Chairman and Managing  Director, Bharti Airtel said, “Today’s launch is a major milestone for India and Airtel. Over the past 15 years Airtel has been at the forefront of India’s telecom revolution and has set the technology trends in India by aligning with the global standards. We are delighted to now provide leadership in setting the technology standard for 4G services in India by introducing the cutting edge TD-LTE.

We are confident that others will follow in this direction and participate in our pioneering effort of making TD-LTE the defacto 4G standard in India.  I would like to thank all our stakeholders in helping us fulfill the Government’s vision of Broadband on Demand, outlined by the Hon’ble Telecom Minister. I would also like to thank the Government of West Bengal for their support and cooperation that has made this launch possible and once again reiterate our commitment to participate in the development of the state.””High speed wireless broadband has the potential to transform India, provide a robust platform for building the country’s digital economy and truly empower people. With one of the largest pools of young  population in the world, India will see massive growth in consumption of data and content over mobile devices and proliferation of mobile commerce. I look forward to Airtel playing a pivotal role in shaping this exciting future for India.”

Mr. Mittal added  Airtel 4G , besides offering rich content, will allow superfast access to High Definition (HD) video streaming, multiple chatting, instant uploading of photos and much more. It will also help in bridging the digital divide and add to economic growth in rural areas by enhancing the reach of e-governance, e-health and e-education services.

In 2010, Airtel had successfully bid for BWA license spectrum in Kolkata, Karnataka, Punjab and Maharashtra (excluding Mumbai) circles. It is
currently working towards rolling out state-of-the-art networks in circles other than Kolkata. 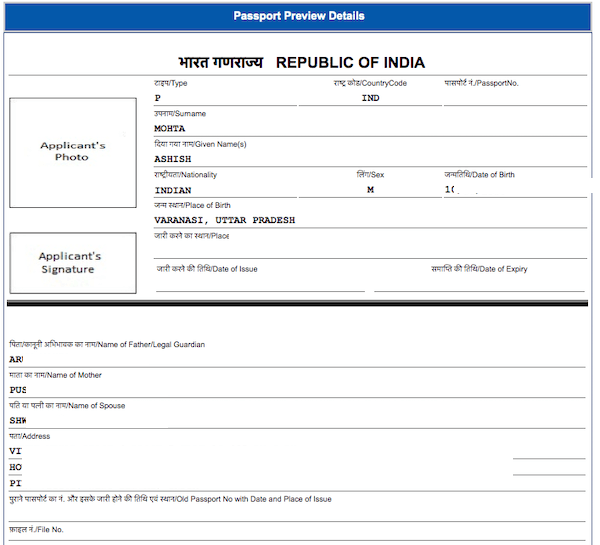 How to apply for Passport Online in India

Why is it Important to renew car insurance policy on time before it expires?