Leading a happy life is a basic human right of every individual, and nobody has any constitutional right to give any pain or distress to another person. Crimes against women are increasing day by day in India and all over the world. Having said that, one of the most common crimes taking place is domestic violence. In 1983, Domestic Violence was considered and recognized as a specific criminal offense after introducing Section 498-A(Cruelty by a husband or his family towards a married woman) into the Indian Penal Code.

Broadly, there are 3 types of Domestic violence:-

Can Mental Harassment be considered as Domestic Violence?

Unlike the first two violence, i.e., Physical and Sexual abuse, Mental or Emotional abuse, is a bit complicated in its nature. The most important complexity which comes with such abuse is the parameter of its definition. There is a lot of ambiguity in the definition of mental harassment. There are two forms of mental harassment.

Direct Mental Harassment: In this form of harassment, the victim is directly attacked by her husband or in-laws by blaming, shaming, or name-calling, which affects the woman emotionally. The emotional well being and the self-worth of the victim are diminished by such verbal abuse resulting in mental harassment.

Indirect Mental Harassment: There are times when the woman faces a lot of physical or sexual abuse, which leads to mental/psychological harassment such as phobia, impaired sleep, humiliation, shame, weakness, etc. These are some examples where although there is no mental harassment directly, physical abuse leads to mental torture.

As mentioned above, Section 498-A of the Indian Penal Code covers Cruelty’s concept caused by the husband or his family upon a married woman. Section 304-B deals with the concept of Dowry Death. If a married woman dies of ‘unnatural causes’ within 7 years of marriage and has been harassed for dowry before her death, the courts will assume it to be a case of dowry death. The onus lies upon the husband to prove that the death was not caused due to the harassment.

Punishment for dowry death is a minimum of 7 years. While filing an FIR, if it is suspected that the woman has been murdered after a history of torture due to dowry demands, the complaint will be filed under Section 304-B(Dowry Death)  of the Indian Penal Code.

It is pertinent to mention here that if a woman is suffering from mental harassment, she can use any day file a complaint to the police station and the woman’s cell under domestic violence. If the victim herself cannot file a complaint due to any circumstance, anybody on her behalf, be it her family member or relatives, can file a complaint.

Domestic violence is the most lethal when the person is trying to leave the situation. I know it is not easy to go against your closed ones, especially the one you are married to. But it is not ‘your’ sole responsibility to save the marriage. If your partner is abusing you physically, sexually, and most importantly, mentally, it is high time you should raise your voice against such torture.

All you need to do is to remember two words: “NO” and “GO.” The next time your partner tries to harass you, say, “No.” The moment you firmly stand for yourself and strongly stops the abuse right there, half of the work is done. The second step is to “Go” out and file a complaint both in the police station and a woman’s cell. These departments are created to help you, so take help. Do not shy or hesitate to talk about the abuse because the more we choose not to talk about Domestic Violence, the more we shy away from the issue, the more we lose. 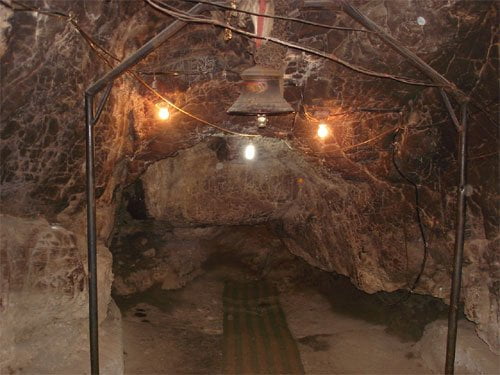 Calculate your heart risk based on Life style, Blood pressure and Cholesterol ratio