The Tiger Census 2010 indicates an increase of 12% in Tiger Population in India. The number of tigers has gone up to 1,706. State which currently has the highest number of Tigers in India is Karnataka with 300 Tigers, and hence Karnataka is now been seen as the new Tiger State of India, whereas Madhya Pradesh stands second with 257 Tigers. 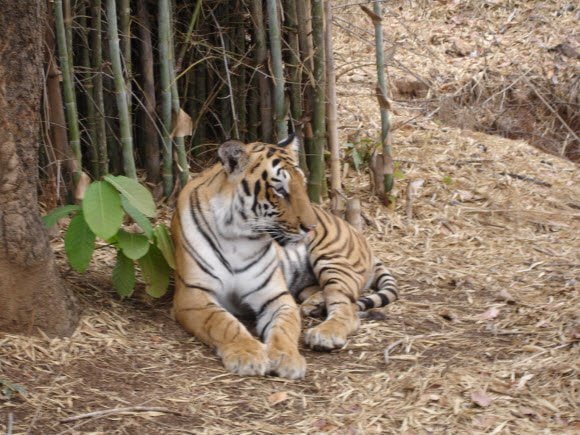 The increase is seen the outcome of the conservation of core Tiger habitats in Karnataka. Karnataka already has five Tiger Reserves, to name them, Anashi-Dandeli, Bhadra, Biligiri Rangana Betta, Bandipur and Nagarhole Tiger Reserves. Also the Tiger movement has been started in some new areas as well during the census.

According to the latest census reports –

Though during the Census 2007, the counting of Tigers wasn’t done in Sunderbans, and hence if we exclude it from the Census 2010, the actual increase in number will be 225, also another fact which is pretty positive is that in the Nagarjuna Sager Tiger Reserve in Andhra Pradesh, the number of Tigers has risen to 60.

Overall the figures seem to be pretty positive, there was a time, when Tigers were started being considered at the verge of extinction, but now these figures look like a ray of hope, All the best to the Tigers and the organization working in this sector to improve the population of Tigers.

The innovative way of teaching: relate subject concepts to Sports

The Only Walkthrough You Need on Ceiling Fans