Surprising but true, Delhi Police is on Facebook and twitter. They will be using this to fight against the traffic and specially when the CWG is just two months away. Ofcourse the user contribution about where they are stuck will play a major roles.

First of all I think we should be thankful to the mobile penetration and internet connectivity and the habit of updating status of almost everything. Though doing this all time can cause a bit of problem, specially when driving but if you are stuck in traffic jam in Delhi, update it. 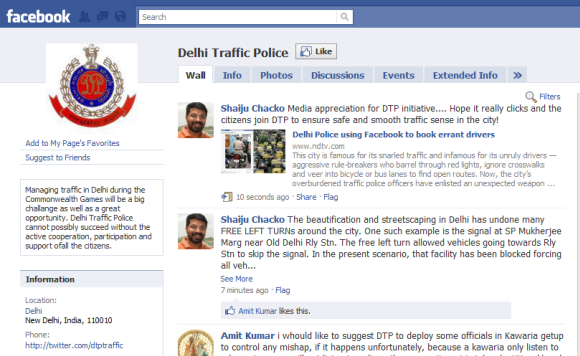 In fact on Facebook you can upload image of any traffic crime you sight and they will definitely take a look into it. For example a complaint reported here about a car which has less than ‎70% visibility for rear and front and 50% for side was taken care by the Delhi Police. There are many complaints about wrong number plates etc.

I found their twitter stream much useful because of continuous update on traffic updates in the stream. If you are planning to travel you might want to take a look for at least last 20 minute status update. 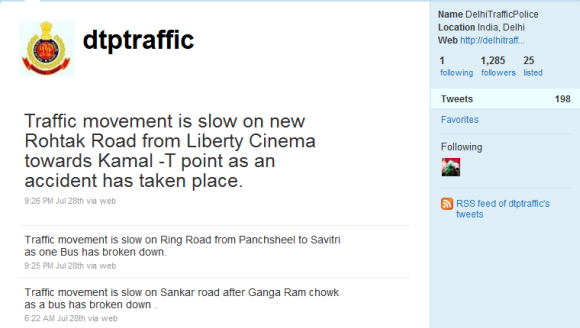 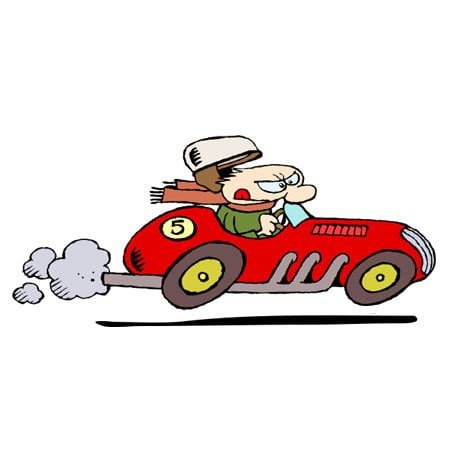 Have a complaint against your Mobile Telecom Operator, TRAI have you covered