Have you ever wondered why the National Anthem is played in movie halls before a movie starts? Well, did you know that ace director and producer Karan Johar and one of his iconic film ‘Kabhi Khushi Kabhi Gham’ is responsible for this? Read on to find out how.

Way back in 2001, when Dharma Productions’ ‘Kabhi Khushi Kabhi Gham’ was released, everyone was praising the movie except a 76-year-old retired engineer Shyam Narayan Chouskey from Bhopal. He was distraught after watching the film, but it was not due to the plot. Instead, it was a particular scene where the Indian national anthem was used in a theatrical manner.

As per Chouskey, nobody — except him — stood up during that scene in the entire hall. It was at that time he decided that there should be some protocols that should be followed to respect our national anthem and our flag. He filed a petition before the Supreme Court covering various aspects related to this issue, including the point that the National Anthem is played in Madrasas (Islamic educational institutions) and Convents. 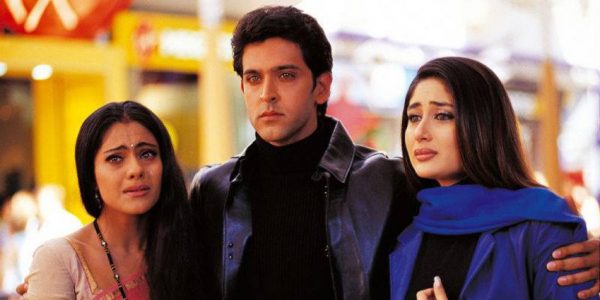 Supreme Court in November 2016 finally passed an order that all the cinema halls in India should play the National Anthem before the start of every film. On that day, Chouskey said he was the happiest man and was in tears. But his happiness did not last very long.

Reversal of the Decision

On January 9th, 2018, the Hon’ble Supreme Court of India reversed its order given on November 30th, 2016. It made playing the National Anthem optional in cinema halls before the screening of any movie. The bench came to this decision, keeping in mind and realizing the fact that the public cannot and should not be forced to be patriotic. It is something that should come from within a person and not forcefully. If a person does not stand up during a national anthem, this in no way proves that they are anti-national.

Further adding to this, the Supreme Court continued with its previous decision to give exemption to disabled/senior citizens to stand when the National Anthem is played. An inter-ministerial committee has been set up to provide the specific guidelines describing the circumstances/occasions under which the anthem should be performed.

The Supreme Court further threw light by saying, “People go to cinema halls for undiluted entertainment. Society needs entertainment. We cannot allow you (Centre) to shoot from our shoulders. People do not need to stand up in cinema halls to prove their patriotism. Desirability is one thing, but making it mandatory is another. Citizens cannot be forced to carry patriotism on their sleeves, and courts cannot inculcate patriotism among people through its order”.

BBC published an article that dealt with how a disabled man was assaulted for not standing up for the anthem in a cinema. In 2014, a man was beaten by a mob in Mumbai after his South African friend refused to stand for the national anthem. In the same year, a man was charged with sedition for refusing to stand for the National Anthem in Kerala. Again in 2017, a group of people was thrown out of a cinema hall for not standing for the national anthem.

So Why Is the National Anthem Still Played in Movie Halls?

Despite the Supreme Court reversing its order, the National Anthem is still played in movie halls. It is something that they do out of choice and not out of compulsion. One can not rule out pressure from the management and ministries behind this despite the rule being reversed.

So, it is up to you to decide whether you want a true patriotism, on your terms and conditions, or you want a dictatorship where you would have to prove your love for your country in an autocratic way.