India is a land of organized chaos. It is very important to understand that to manage such a chaotic situation, society needs a powerful law and more than that, an even powerful implementation. Although most of the issues are created due to the misapplication of the laws.

Indian Laws that will make you Question the Legal System

The British East India Company ruled India for over 200 years which in turn has left us with some weird and absurd laws which in reality do not even apply to our society anymore. Let us glance at these gem of laws which are so illogical that you will start questioning the legal system.

1. Suicide Is Legal in India but the Attempt Is Punishable

This is one of the most illogical laws I have ever come across. According to section 309 of the Indian Penal Code, suicide is legal but if you are attempting to commit suicide and you fail, you will be punished with imprisonment or with fine or with both. It means that at first, you were so depressed that you decided to finish your life but you failed in that and above that, you will now be punished for not succeeding in your attempt. What torture!

2. No Fixed Age Limit to Drink

In India, you can choose the Prime Minister at the age of 18 but you do not have a uniform legal age to drink. The age limits vary from state to state. For example in UP, Himachal Pradesh, Goa the legal drinking age is 18 years whereas in Maharashtra the same is 25 years.

3. In Kerala, You Cannot Have a Third Child

Yes, you heard that correct. Keeping in mind the increasing population of India, the Govt. of Kerala has come up with this unique solution. If you have a third child in Kerala, the father of the child will be imprisoned with a penalty of Rs.10,000 imposed on both the parents. 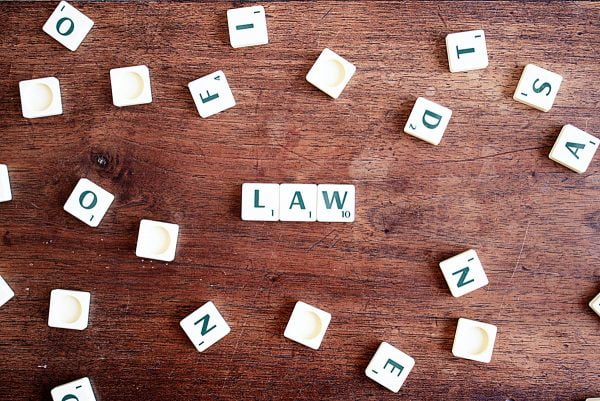 4. You Must Have a License to Fly Kites

I am sure all the Gujratis will definitely vote against this rule as kite flying is one of the most important things in their tradition. However, according to The Aircraft Act of 1934, any type of kites or even balloons comes under the definition of Aircraft. Hence, if we go by the legality, one needs to have a proper license to fly kites otherwise the person will have to face the criminal prosecution.

5. To Become a Motor Vehicle Inspector in Andhra Pradesh, You Must Have Good Teeth

Weird isn’t it? Anyone would ask the relation between having good teeth and becoming a Motor Vehicle Inspector, but that is exactly the rule. In Andhra Pradesh one of the criteria’s to become an inspector of Motor Vehicle is to have good teeth or else you will be disqualified.

6. Army Cannot Use Knives to Fight

It is the rule of the Indian Army that they cannot use knives to fight against the enemies. However, only the soldiers belonging to Nagaland i.e. from Naga Regiment can use their traditional knives during combats.

The Telegraph Act was passed by the British Govt in the year 1885. At present there is no more existence of the Indian Telegraph Services in India, however, the act is still in existence without any use.

8. Found Money on the Road and Did Not Report? You Are in Trouble

This law is very interesting. As per the Indian Treasure Trove Act,1878, if any person finds any kind of treasure whose value is above Rs.10, you are bound to inform/report the same to the collector. If you fail to do so, you will be punished with a fine or even with a  jail. This is the rule, but how many of us even follow the same?

9. Specific Spitting Pots to Be Made in Factories

Section 20 of the Factories Act,1948 talks about a weird yet useful thing. According to this clause, there must be a sufficient number of spittoons made available in all the factories for the workers so that they do not spit hither and thither making the place of work dirty.

10. Indian Air Force Pilots Should Have a Minimum of 90cm Leg Length

One of the major requirements to qualify for the Pilot exam according to the Indian Air Force is that the person appearing for a Pilot test should have a minimum leg length of 90 cm. It means that if suppose a person is 6 ft tall but his legs are not 90 cm, he will not be qualified to be a pilot in the Indian Air Force.

This particular law is unjustified because this affects the life and liberty of citizens of India. The Armed Force Act,1958 gives special powers to the officials to kill “insurgents”( the person who is fighting against the govt. or rebels) to maintain peace and harmony in a civilized environment of society. This is somewhere questionable as the law is giving such immense power to the officials to kill a person,

12. Marital Rape Is Not Illegal

Last but not the least, the most illogical and unreasonable law existing for ages and surprisingly still existing is the concept of Marital Rape. Just because the female is your wife, the husband has the right to have sexual intercourse without her consent is legal. The reason given behind this is that it is the responsibility of the wives to serve and please their husbands even if they don’t want to. Bullshit! This law must be ruled out as soon as possible

Laws are made for the benefit of society. But it is pertinent to mention that laws cannot be constant. They must be changed and modified according to the changing society and mindset of people. India has seen some incredible judgments in recent times that have changed many age-old laws like Adultery, Triple Talaq, Section 377, Reservation, etc. But there are many more laws that are in dying need of modification and alteration.

How to Book Train Ticket via SMS (IRCTC)

What not to carry when Travelling to or via UAE