Indian trains are the life line of the country. Every day more than 10,000 trains running through out the country.From the month of December you will be able to hear five digit train number till now the train number is of 4 digit.

According to the Indian Railway ministry:

The Indian Railways will switch over to a five-digit numbering system for passenger trains from the present four-digit one from December while the names of  the train will remain same. Numbering scheme shall  apply to special trains run on Full Tariff Rates (FTR) basis. The passenger trains and the suburban trains are also proposed to be renumbered. However, it will not cover freight trains.

How it will work:

According to the new system,

Here is what the document says : 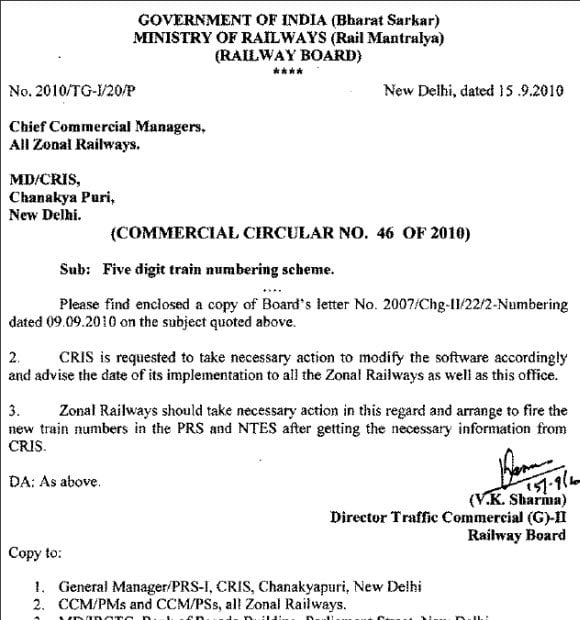 Reason for changing the train number:

Tour to the Seven ancient wonders of the world

You can apply for Re-Checking of HS Answer sheets