World Anti tobacco day is observed every year  on 31st of May through out the world. India is the third largest producer and eighth largest exporter of tobacco and
tobacco product in the world.  Tobacco is one of the thing by which most of the people die every year in India. To stop the evil effect of tobacco, we have to create an awareness among the people of India and for this Anti-Tobacco Day is observed.

Keeping this in mind Indian Union Minister for Health and Family Welfare has decided to carry out strong pictorial warnings to be printed on the packets of Chewing Tobacco,  cigarets and other forms which will pass a strong message to anybody who buys them. Idea here is to make people more aware of what happens when tobacco is consumed in large amount.

The official announcement is made here and below are new pictorial message that you might start seeing from this December.  These kind of images are already seen on Tobacco Products sold in European and South East Asian Markets. 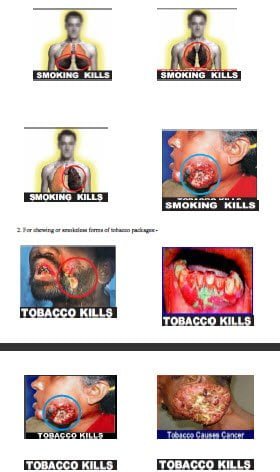 According to the document :

After a long legal battle, the Rules relating to Section 7 of COTPA,2003, which mandates
pictorial health warnings on tobacco products, came into implementation on 31st May, 2009. As India has also ratified WHO Framework Convention on Tobacco Control (FCTC), the Government is committed to  implement guidelines and provisions under FCTC. Article 11 of WHO FCTC recommends pictorials health warnings as an effective strategy for reduction of demand of tobacco

Said that let’s get to know more about World No Tobacco Day .

History of World No Tobacco Day :

World Tobacco Day was initiated in the year 1987, when the World Health Assembly (WHA) of World Health Organization (WHO) passed a resolution WHA40.38 which ultimately formed World No Tobacco Day (WNTD).

Why it necessary to create awareness:

It is a known fact that tobacco smoking has many disadvantages. Medical research has found that smoking is a major reason for developing several health problems such as lung cancer, cardiovascular disease etc.  Tobacco smoke has a stimulant called nicotine which forms a strong physical and psychological chemical addiction. To educate the people about the tobacco and the various effect of tobacco in our daily life, the awareness is must.

How you can contribute ?

Get on Twitter, Facebook and get hold of friends who smoke and ask them to quit for one day at least and share our exclusive article on Smart Advertisements to make you Quit Smoking

So are you ready to join us to make our society Tobacco free!!! 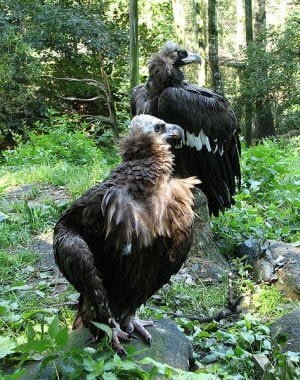 Calculate your internet usage before you buy a plan

Homemade Breakfast delivered at your doorstep [in select locations of Bangalore]