If I ask you, what is the existence of 2nd October in Indian history; probably you will not even think and tell that it is Gandhi Jayanti (Birthday of Mahatama Gandhi). However, very few people know that October 2nd is the birthdate of Late Lal Bahadur Shastri. He was the 3rd Prime Minister of India, one of the great freedom fighters, the great Indian Hero, who gave the slogan ‘Jai Jawaan, Jai Kisaan.’

October 2 is Shastri Jayanti as well

Isn’t it ironic, most of us are not aware of this fact? Moreover, I have hardly witnessed any coverage about Lal Bahadur Shastri or his birth anniversary in any newspaper or on any TV channels?

Some Facts about Lal Bahadur Shastri.

Here we have collected some links, which can help you know more about Lal Bahadur Shastri.

He passed away on January 10, 1966, in Tashkent, in suspicious circumstances. If he had been alive, India would have been a different country.  So, go ahead read about Lal Bahadur Shastri and tell others about this forgotten National Hero. 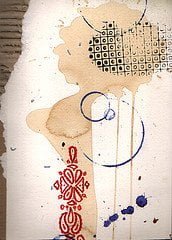