It’s not surprising to see cars and vehicles in any Metro city taking up half of the road because of lack of Parking areas in the city. This results in delay in work and lot of hassles for every day public which also includes the Government officials.

The problem is in the current model of transportation in which a person owning a vehicle tries to reach the destination in one single trip as there is no place to park his vehicle safely. According to this government document on Design Approach for Multi Modal Transport System by, Pawan Kumar, S.Y. Kulkarni and M. Parida, A Multi Model Transport System was proposed in which a person uses a combination of  modes i.e. vehicle modes (bus,metro, car, tram, etc.) or service modes (private/public) to reach the destination.

I would be not surprised if this kind of model is made ready for Common Wealth Games also.

It seems that government has finally taken this approach and Union Minister for Urban Development Shri Jaipal Reddy today inaugurated the PARK AND RIDE BUS service in Delhi. The transport will be free of cost providing easy mode of transport to the Government officials who has to visit other offices for meeting and other official work.

As the name conveys the service is really a good one. One can park his / her own car and ride easily to the respective office required. While visiting any of the Government offices we always have to keep time in hand for the traffic and parking. At the present scenario number of personal cars has increased parking area being the same. The Government has taken a good initiative as large number of people comes down daily to visit the Central Government. The service will help to control the movement of cars around Rajpath area. This will definitely help in controlling security also. 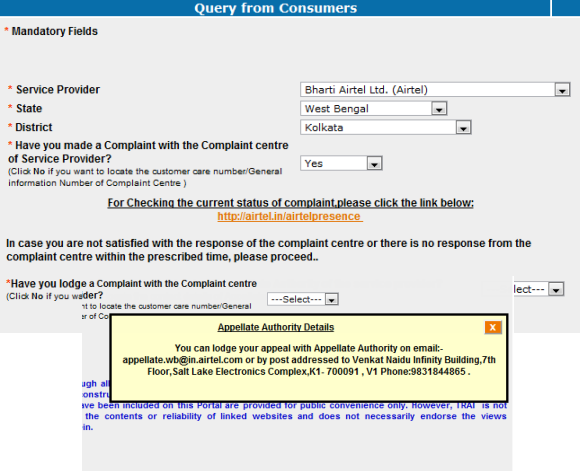 Have a complaint against your Mobile Telecom Operator, TRAI have you covered

How to find SC or HC Case Status, Case Orders, and Cause List online in India