In rare instances does a film deliver everything it intends to show. Peepli Live is undoubtedly a path breaking film. It is the best film made this year. The sufferings of a poor farmer are very diligently portrayed through comedy. The satire by director Anusha Rizvi is of topmost quality. Though the story-telling is with a dash of comedy, the movie never loses its essence and Rizvi does absolute justice with the script.

The film opens with Natha(Omkar Das) and his elder brother Buddhiya(Raghuvir Yadav) returning from the bank with the news that their land will now be auctioned as they were unable to return the loan. They try their best that local leader Bhaiya ji could lend them some money. But he tells them that the Govt gives money to the farmers who commit suicide. 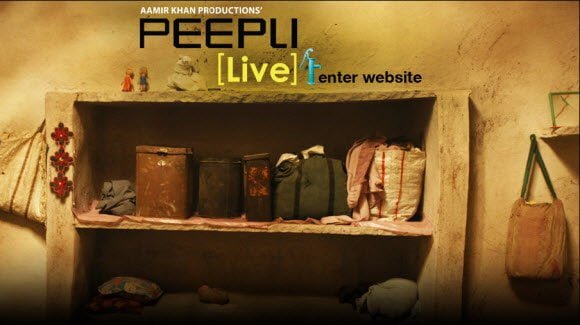 After much pondering over the idea, Natha decides that he would commit suicide in order to better the life of his family after he is gone. A local journalist Rajesh gets the news and next you know the village of Peepli is flooded by journos who try to get media bytes from Natha, his family and every possible person in the village. They cover everything from Natha’s daily movements to even his frequent visits to take a shit. 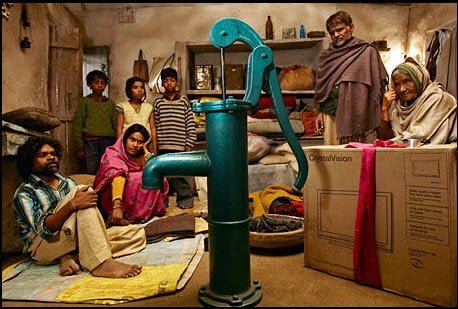 Natha becomes a national issue and everyone embarks on the opportunity to benefit from it. Everybody from the union to state ministry is suddenly interested in a poor farmer’s life. He is gifted a “Lal Bhadur”, which is a hand pump but no facilities for the connection. He gets a colour television set from the opposition leader though there is seldom any electricity in the village.

Natha absconds one day and media goes haywire about his whereabouts. He hides in the warehouse while media  loses its mind. Finally an accident occurs in the warehouse killing Rajesh while everybody including Natha’s family believes that Natha is dead. But even then his family gets no compensation from the Govt. They say that because Natha didn’t commit suicide there is no question for any sort of compensation. Natha turns to the city working as a contract labour.

Why you will love it ?

The movie displays the true colours of today’s media who try to sensationalize every piece of information and are forgetting the values of news reporting. To them it is a game which revolves around TRP.

The pain in a farmer’s life is brilliantly portrayed by Omkar Das who makes Natha the most believable character in recent past. Raghuvir Yadav is an amazing actor and has proved it time and again. Even in Peepli live he is exceptional. His timing, his break and expressions are incomparable.

But the real hero of the film is the debutante writer and director Anusha Rizvi who gives a gem as her first movie. She has made this film with her heart and it shows on screen. Every frame is elightfully handled. She deserves a standing ovation for what she has given us in times of mindless cinema.

While the others are caught up in the mirage of foreign locations, top stars and big budgets,she relies on her brilliant script and gives a movie that is a milestone of this decade. Cudos to producer Aamir Khan who amazes his audience as an actor, director as well as producer.

If you love Cinema, PEEPLI LIVE is a film you just cannot miss.

You can find details about the crew, cast, trailers, reviews, wallpapers and theater listing here. The website is also bit with bit of humour specially when it comes to select the language in which you want to watch. The website is right inside the TV Box which is one the gift Natha family was given along with the hand-pump. 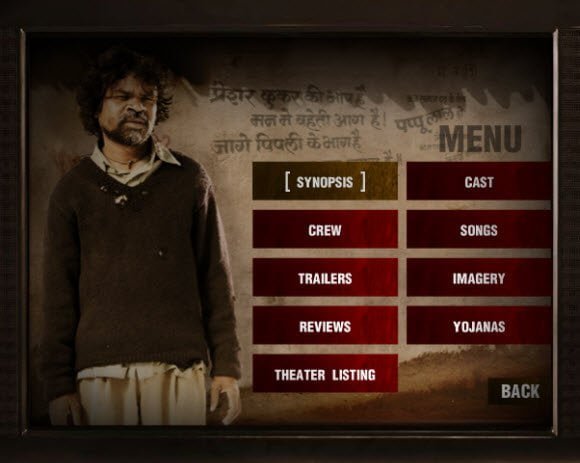 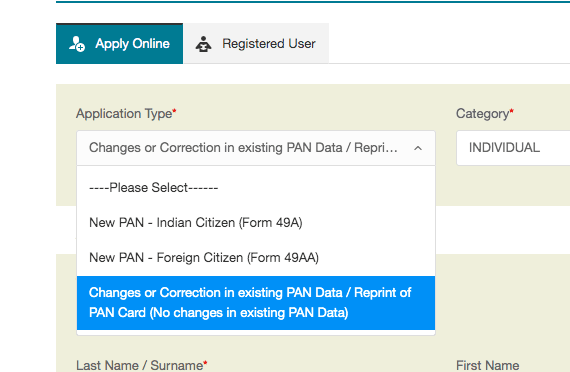 Jaisalmer: The Golden City with a Mighty Fort [Rajasthan]

How to make Fried Pumpkin Flower

Order Prasad Online in India with Cash On Delivery Service