If you are thinking that the police cannot make an arrest without having a warrant, you are wrong. The police have this authority to arrest you, without a warrant but only when you have committed a cognizable offense. Now, before moving any further, let us discuss what are Cognizable and Non-Cognizable offences.

What is a Cognizable Offence?

“Cognizable offense” means an offense for which, and “cognizable case” means a case in which, a police officer may, in accordance with the First Schedule or under any other law for the time being in force, arrest without warrant.”

“Non-cognizable offense” means an offense for which, and “non-cognizable case” means a case in which, a police officer has no authority to arrest without warrant.”

So, after going through the definition, it is clear that if you have committed a Cognizable Offence then the police without waiting for the magistrate to issue a warrant can arrest you. Few examples of such offenses are murder, rape, theft, kidnapping, criminal breach of trust, unnatural offenses, waging of war against Govt. of India, etc.

While arresting a person, the police should always give a proper reason which preferably should be backed up by some sort of evidence. But, the pertinent point which should always be remembered is that just your name in the FIR is not enough reason for the police to arrest you. If your name is there in the FIR, the police must conduct a proper preliminary investigation and collect some real evidence before directly arresting you. 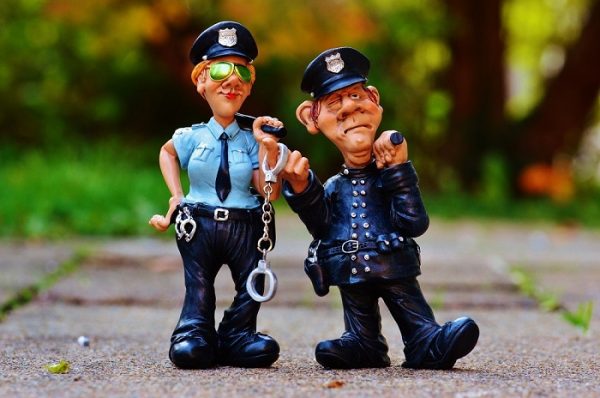 Apart from Police Officer, Can Any Other Person Arrest You without a Warrant?

Another misconception which most of the public has is that an arrest can only be made by a police officer. But this is wrong. Section 43 of CrPC has given this right to any “Private Person” a.k.a any other authorized officer provided:

Such a private person can arrest that other person but they have to hand over the arrested person to the nearest police station without any delay.

Even a magistrate can arrest a person without a warrant if:

Related: Can Police search your premises without a search warrant?

What to Do if a Police Officer Comes to Your House?

It is pertinent to mention that a police officer can enter your house either to search your private residence or to seize any article or arrest any individual but only if that article or person is connected to the cognizable offense and they have proof of the same.

Another situation is when a police officer can also come to your private residence if they have received a complaint by any third person against you or any of your acts. If you face any such situation, there are certain things you must keep in mind.

The Mobile Spa for Ladies

Dos and don’ts in Pregnancy

Did we learn a lesson from Speak Asia Online Scam

How To Design Your Own Garment ?