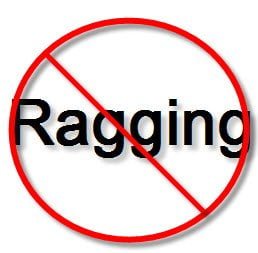 Ragging in educational institutions, according to this facility; anybody can seek Police help simply by sending a SMS on 9459100100.

Initially this number was being used for receiving the complaints from people in cases of serious crimes, sexual harassment at workplace, accidents etc. but now the complaints of ragging can also be sent to this number to seek immediate Police help.

A student found guilty of ragging his/her juniors will be punished with imprisonment up to three years or fine of up to Rs 50,000 or both, also will be expelled from the institution and will not be eligible for admission in any other institution for a period of three years.

This seems to be great step, provided that the complaints really get heard, this kind of facility should be introduced in other states too.