India is the country where television has its own importance.  There are 515 channels available in the country. Every women whether housewives as well as the working women like to see their favorite programs on time. Infact now a days men are also much intrested in watching the story of various shows.  Star plus is one of the main hindi  channels of Indian Television. Star Plus found success in 2000 with the shows like Kyunki saas bhi kabhi bahu thi, Kahani ghar ghar ki, kasauti zindagi ki, kumkum etc. I still miss the character of Tulsi, Mihir, Parvati, Kashish, Sujal etc.  From these shows star plus make a special place in the heart of Indians till now. The new theme of star plus is Rishta wahi soch nayi.

Today, we will discuss about the top 5 programs on Star plus with their TRP.  But first let us know that what is TRP?

TRP: It  is the Television Rating Point. It refers to the popularity of the particular channels and their program. Let see which show is at top with their TRP

This  is the most popular serial on star plus. It has the trp of  5.68%.  It started on 7th of December 2009. It  is aired on Star Plus every Monday to Friday at 10:30 PM in India. It has a good concept  based on the power of women and how the woman can fight against the insult of women. It should be see by all girls and women. The main character that is Pratigya played by Pooja Gor is really nice and appreciating.

I am looking forward to know more about the story. Keep rocking Pratigya.   One thing that I personally don’t like in the show is its language. The language used in the show is very rough.

This is my favourite show and is second most popular show on star plus with the TRP of  5.32%. It started on 3rd of May 2010. It is aired on star plus every Monday to Friday at 7 p.m. It is based on the two concept, one is the  story of two sister and  another is the saas- bahu concept. The serial leads their diverse hopes, dreams and expectations from life. The serial will tale everything about their fate. I personally like the character of kokila ben (mother-in-law of Gopi).  She has a very strict and disciplined women.

But one thing that I really want to make is  Gopi happy and she should smile.  Main character are Gopi, Rashi, Aham(husband of Gopi), Jigar(husband of Rashi), Kokila ben ( mother-in-law of Gopi), Hetel(mother-in-law of Rashi). Will Aham accept Gopi? Will Rashi adjust in Modi bhawan? To know all these Keep watching Saath Nibhana Saathiya.

Thsi is the third most popular show on star plus with the TRP of 4.41%  and is aired at 7.30 p.m. from Monday to Friday. During the very short period of time, this show makes a special  place in the heart of every Indian. This is started on  1st of March 2010. The concept of the show is very good and based on modern Bahu and Deshi Sasural. The serial introduces the approach of modern Bahu and lifestyle of Desi Sasural. Suhana is the main character which is played by the actress Ragini khanna.She has a joint family having their own customs and values and lives at old Delhi.

The serial show that how a girl from a rich family change into a loving daughter-in-law from a middle class family and how she know the  importance of joint family and essence of life. Suhana gains the love of joint family – love of mother-in-law, of a Dadima of brothers and sisters. I like the character of Badi ma and Ishaan the most.

Here is Akshara on fourth position with the TRP of  4.02%. The show is aired on star plus at 9.30 p.m from every monday to Friday. Basically it is based on the story of a joint family and how o girl adjust herself in the new house after marriage.Akshara represents millions of other girls like her in India. She was born into a traditional Marwari family and lives in  Udaipur. She is pre-decided that her marriage will happen with the consent of her parents and family like other young girls.The concept believes in customs, tradition, status and casts.

I have a question in my mind that Is it possible to have a joint family like her in the modern time? So for answer to this question Keep watching Yeh rishta kya keh lata hai…

It is the  fifth most popular show on star plus with the TRP of  3.21%. It ia aired at 10 p.m. from monday to friday. It based on the Bengali culture, and traditions and  there is also an emotional love story of Anurag and Tani. There are two bengali family in the show and the story revolve around them. This show is very similar to the Kasauti Zindagi ki. Both have the same tradition and values. Tere Liye is a very different and unique TV Show from others. It has captured the growing age group.

I picked up these ratings from Screen India. So which is your favourite show?  Is it on the list…Share your opinion and view with us through comments! 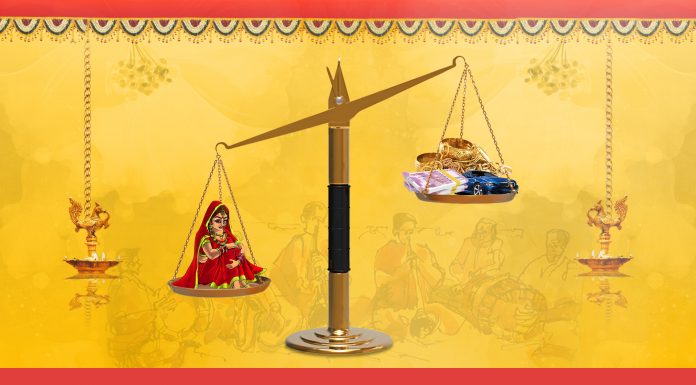 In-Laws Asking for Dowry? Here’s What You Can Do

Indian Rupee to get a new unique symbol

Licence for every Pet you have