After Number Portability, looks like TRAI is working towards to bring Interoperability to  DTH Set top Boxes.If this happens then people will be able to switch easily and will bring lot of competition to the market.

There are currently 6 DTH services in India and all have different standards, For example Dish TV uses DVB-S as Transmission standard where as Airtel uses DVB-S2. Moreover there is alaos a difference in compression standard MPEG-2 and some MPEG-4. See chart below : 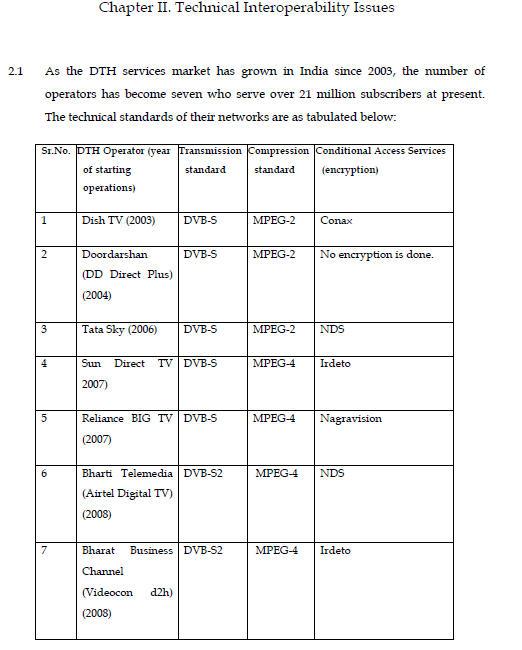 As of now there is a detailed report on technical issues which you can see here and TRAI has asked for comments on this by Sep 7 2010 from different stakeholders.

The Ministry of Information and Broadcasting has requested TRAI to review its recommendations – “Interoperability and Other Issues relating to DTH” dated 30th  January, 2008. The Consultation paper discusses the architecture of Set Top Box, relevant standards and the various issues on technical interoperability. Stakeholders are requested to offer their valuable comments by 7th Sept. 2010 and counter-comments by 12th Sept.2010. 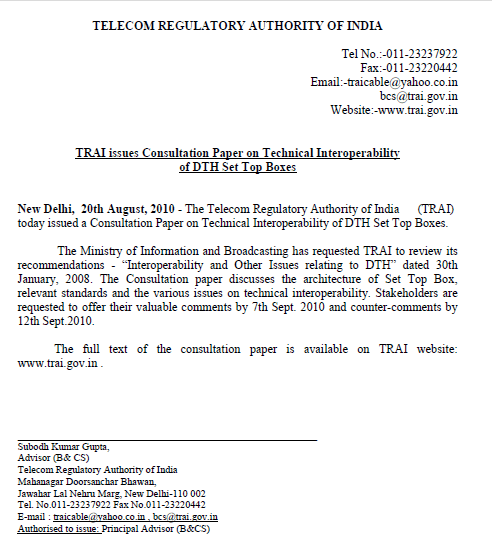 Pictures of Old times of India