First time in India Unique Identification Number (UID) will help the people to get their banking services easy. UID is the numbers which are issued by the Unique Identification Authority to all the residents of India. It is a  Biometric identification system under which there will be all the details of the person like finger prints, person photograph etc.

According to the,  UIDAI Director General and Mission Director Ram Sevak Sharma  (via iGovernment.in)

Crores of Indians do not have bank accounts. Once they get the Aadhaar’ number it would easily facilitate them to open a bank account and get banking services. The quality and speed of lots of government programmes and issue of official documents to people would be improved through this Aadhaar number and the problems in getting government facilities and services would also be reduced.

Also read the official document on  Notification regarding Aadhaar number being recognized as an “officially valid document” for opening of Bank accounts.

How it will work:

As UID will be available in centralized database, It will help the banking department to verify the details of the individual  easily. So once an individual applies for a bank account with his or her UID, the processing time will be less and overall documentation work will also reduce.

The Aadhaar scheme is now in progress in nine states —Maharashtra, Karnataka, Andhra Pradesh, Madhya Pradesh, Chhattisgarh, Delhi, Jharkhand, Himachal Pradesh and Tripura. However, Tripura is the first state in the northeast and the eighth in India where the Aadhaar scheme was launched on December 2 last year.

UID is already being rolled out for

What do you think about it ? 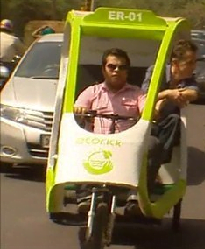 How to Apply for Birth Certificate Online

Bed and Breakfast : Homely stay for Tourists in New Delhi

Census 2010 indicates a 12% increase in the tiger population