If you think that our national flag was for the first time unfurled at Lal Qila, you are wrong. In fact, Parsee Bagan Square in Calcutta was the place where our flag was unfurled and hosted for the first time on 7th August 1906. At that point in time, the flag had another set of tri-colors i.e. Red, Yellow, and Green with horizontal stripes.

No National Anthem during Independence Day of India

It is interesting to know that at the time of Independence India did not have any National Anthem. It was in the 1950s when it got its anthem. The Bengali version of Jan Gan Man was written by Rabindra Nath Tagore and for the first time sung during the Calcutta Session of Indian National Congress.

Significance of Each Color of Indian Flag 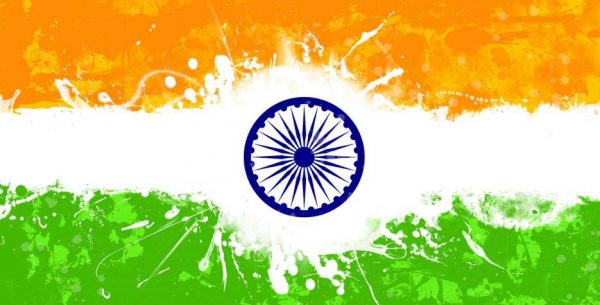 The Indian flag has three colors with an Ashok Chakra in the middle. The saffron color signifies the sacrifice and bravery. The white color signifies peace and the green color is the symbol of fertility and faith. Last but not least the navy blue colored Ashok Chakra symbolizes righteousness.

Indian Flag Had Only Two Colors in the Beginning

The first national flag was designed by Pingali Venkayya in 1921 which consisted of only two colors i.e. Red and Green representing the two significant communities i.e. Hindu and Muslim. It was Mahatma Gandhi who added a third color (white) in the middle with a spinning wheel in the center. Where the white color was treated as a symbol for the remaining population of India and peace, the spinning wheel was the symbol of the progress of the country.

Why the Name ‘India’?

Ever given a thought as to why and how is our country named “India”? The name ‘India’ came from the name of the river Indus. This river was considered as a home to the country’s first inhabitants. If we go by Sanskrit, our country is known as Bhartiya Ganarjya.

India Alone Does Not Celebrate Independence Day on 15th August

India is not the only country that celebrates its Independence day on 15th August. India shares this date with 5 other countries who also celebrate Independence Day but in different years of course. The name of those five countries is North Korea, South Korea, Bahrain, Congo, and Liechtenstein.

Goa Was Not a Part of India during Independence

At the time of Independence, Goa was not a part of India and was still treated as a Portuguese colony. It was later in 1961 when Goa was made a part of India.

Not Everyone Can Make the Indian Flag

Even after being such a vast country, everyone is not allowed to make the Indian Flag. It is only The Khadi Development and Village Industries Commission who has the license of making Indian Flag. The Karnataka Khadi Gramodyog Samyukta Sangha which is located in Dharwad, Karnataka is the only manufacturer where the Indian flag is made with cotton.

Nehru Was Not the First Choice for Prime Minister

Shocking isn’t it. But this is true. Jawaharlal Nehru was not the one who won the Prime Minister election. It was Sardar Vallabh Bhai Patel who won the elections. However, Nehru did not want to play second in command to anyone and also Gandhi had a soft corner for Nehru. This was the reason how Patel was intentionally pulled down and Nehru was made the first Prime Minister of Independent India.

It is quite impressive to know that one of the most important persons who played a vital role in the freedom of India, Bhagat Singh had to command over not just one but many languages including Swedish, French, English, Hindi, Arabic and of course his mother tongue Punjabi.

The Golden Journey of Gold

It is hard to believe but at the time of Independence, the value of 10 grams gold was just Rs. 88.62. On the contrary, at present, its price is touching the sky.

One should never say that they know everything. I hope these facts were quite interesting and informative for all of you. Do you know some interesting facts about India’s Independence Day? If so, drop your comments and let our readers know about it.

Hang out trip to Shankarpur and Mandarmani

Find the most economical DTH and Internet connection plan

Where to look for funds for a startup in India (Entrepreneurship)

Is India ready for Future e-bazaar?