Two companies in India have developed E book reader which are very much like what Amazon Kindle is. In fact at the first glance you might just mistook it for Amazon’s Kindle but there are bit of differences that adds up. Can you spot the difference : 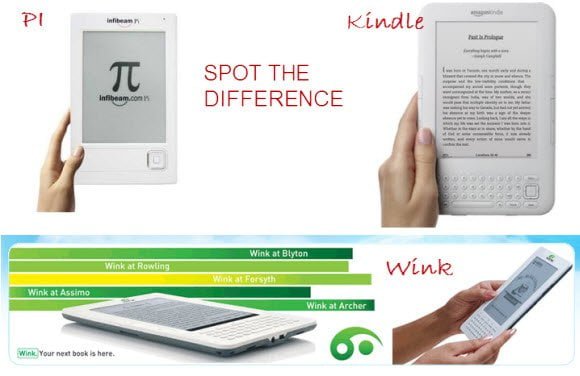 The best part of Wink and Pi is that they support many Indian languages where as Amazon’s Kindle has only support for English which is a key reason to make it success in India but again how many of you read in your native language. So  would you get Amazon Kindle ( (I have my reasons to buy Kindle ) or go for Indian model when Amazon is targeting to get better version of Kindle and the price might stay almost the same.

Check out Pi, Wink and Amazon Kindle ( Kindle Wi-Fi Only