We reached Jaipur by night after traveling through Ajmer and beautiful sights in between. First things you should do is look around for a place, and since this is the last stop, you will need a very comfortable place. Jaipur has many hotels and restaurants, so make sure you get a good one. It’s our last stop and the last city on this trip. Here is our Jaipur Travel Guide to the Pink City. 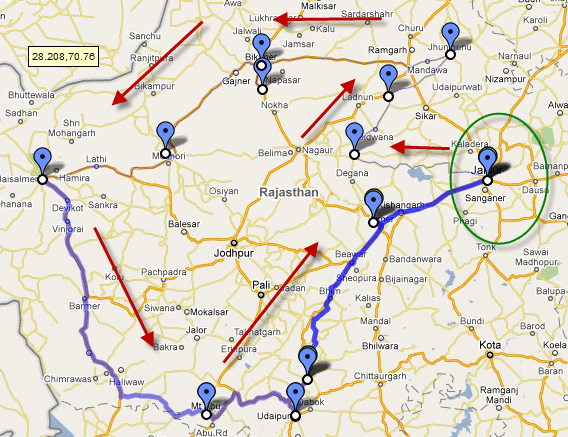 Jaipur also called as the Pink City, is a land of cultural heritage unfolding the legacy of the royal past. When you are planning to visit Jaipur, it is essential to know about the culture, customs, and traditions that are followed there. It is also the commercial center for most of the rural regions of Rajasthan, so you could come across typical Rajasthani men and women wearing turbans and ghagra-choli respectively during your visit to the city.

You can travel around the city in cab easily and if your driver is from Jaipur, he will charge you local rates and will know the city in and out.  There are lot many places here so make sure you see what you like; dont miss the forts. Here is the first one we saw and those written words of History floated. The Hawa Mahal.

It is one of the main tourist places in Jaipur. The palace stands to overlook one of the main streets of Jaipur. It was initially intended to serve as the place from where women of the court could watch the activities taking place in the bazaar and the surrounding streets, from the comfort of stone-carved screens. Little lattice worked windows, small balconies, and arched roofs, with hanging cornices, make the palace worth a visit. 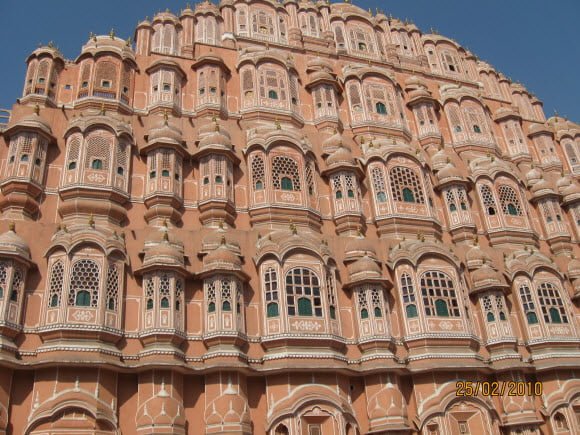 It is in the middle of Man Sagar Lake, opposite the cenotaphs. The first four floors of this building are under water; only the top level remains outside. One can have a beautiful view of the lake and the palace from Nahargarh Fort.

City Palace forms one of the most famous tourist attractions and a major landmark in Jaipur. Maharaja Sawai Jai Singh built the beautiful palace during his reign. City Palace complex covers a vast area, which further divides into a series of gardens, courtyards, and buildings.

It is one of the famous temples of Jaipur.  The temple represents the royal past of Jaipur and is dedicated to Govind Dev Ji (Another name of Lord Krishna). It is in the City Palace complex, between the Chandra Mahal and Badal Mahal. A large number of tourists and devotees visit this temple of particular importance. Janmashtami, the birthday of Lord Krishna, is a special event and is celebrated with full enthusiasm.

It is one of the famous temples in the world. It is dedicated to Lakshmi Narayan and an example of modern architectural marvel, surrounded by lush green gardens. The fascinating exteriors of the temple are carved splendidly with beautiful sculptures based on mythological themes, while the interiors have a large marble panel portraying fictitious events.

It is another famous temple in Jaipur. It is dedicated to Lord Ganesh and has significant from the religious point of view. People from far and near often come to this sacred temple to pay their homage to Lord Ganesh. The idol of Lord Ganesh is vast and beautiful.

Jaigarh and the Aamer fort cover the mighty city of Jaipur completely. In olden days they stood as a barrier against all the attacks. The wall of the fortifications stretches for kilometers on the hills which were guarded stone by stone by soldiers who used to carry their week of food and resources for that. Below is the Jaigarh Fort and then walls stretching long. 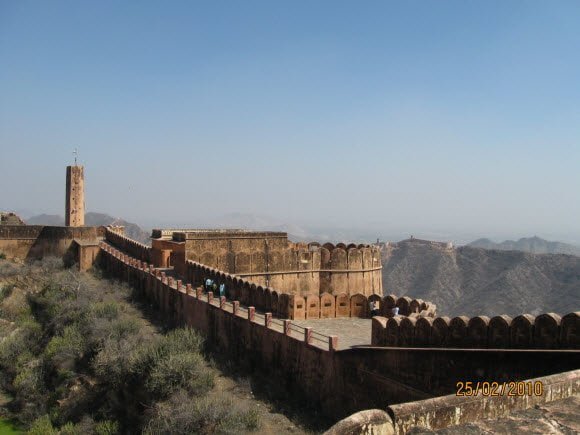 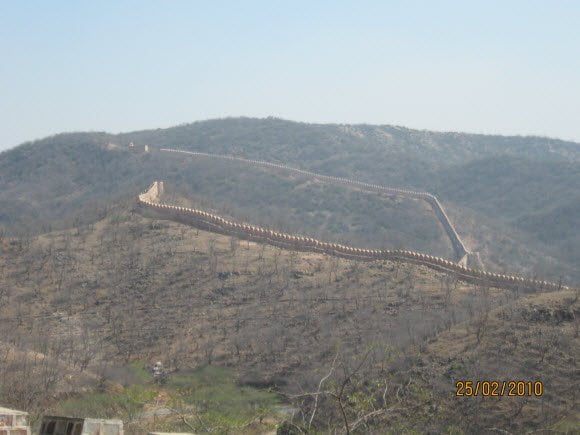 Like I said it was guarded heavily, For every soldier with a gun had arrangements made so he can shoot enemies at long range and if they come closers, Hot oil can be poured. 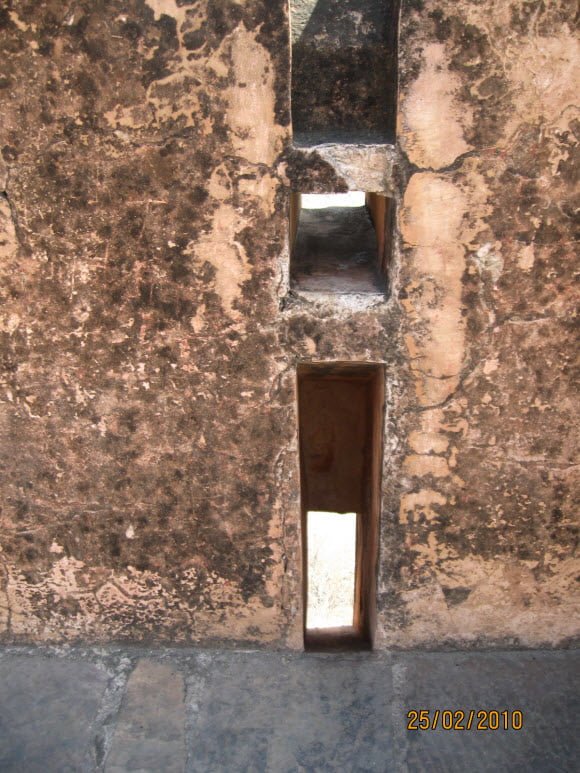 Jaigarh Fort has an inbuilt water system where rainwater and water from lakes used to get inside the fort automatically. So even at times of war, there was no lack of water. 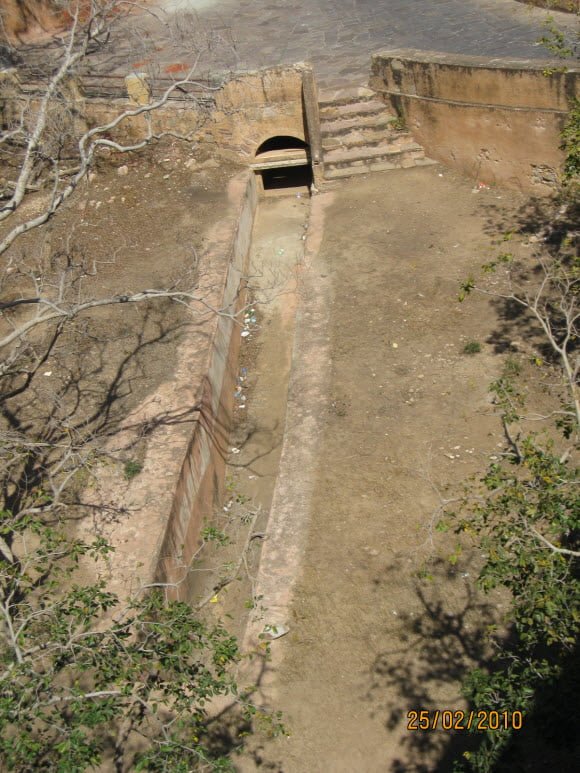 And now the most impressive and one of a kind, the king of Canon which was fired just once for testing and needed four elephants to change direction. It is called as Jaivan Cannon which is of 50 Tons. You can read more details on Wikipedia 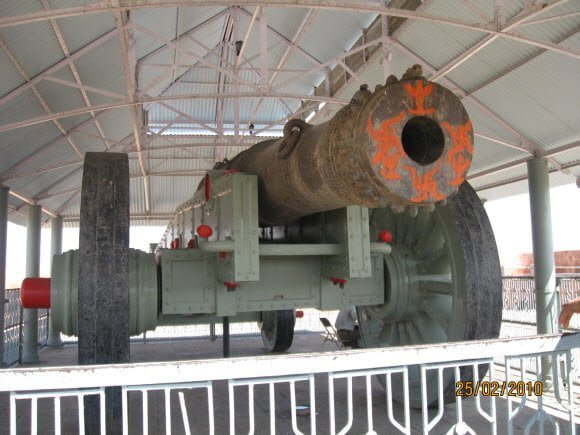 It is said that the person who fired this canon for the first time went deaf even though he jumped into a pool of water and the place where the impact was made had formed a lake which is still there. 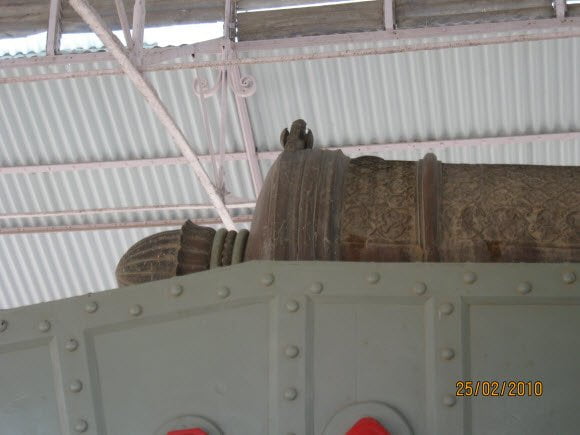 At the firing end of the cannon, there is a small idol of Lord Ganesha Built, and there is a lot of embroideries made all over the body. 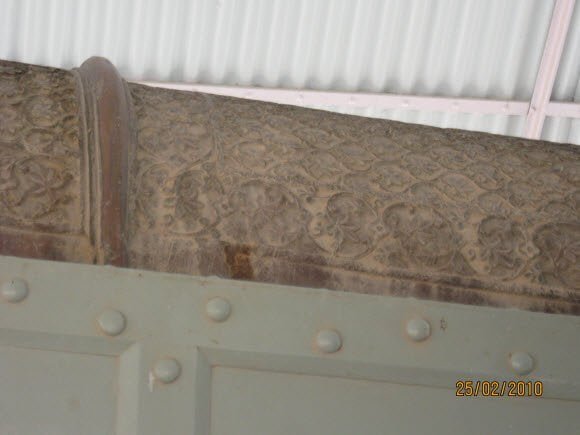 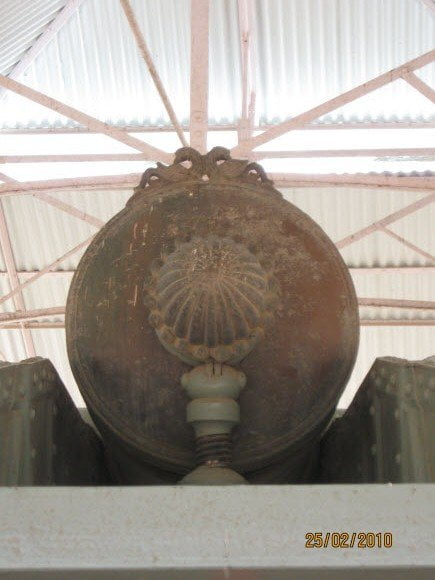 Somewhere in the Jaigarh Fort, there is a place which according to the people there was raided at the time of Indira Gandhi and trucks and trucks of Gold was found underwater. It had all the loot which was collected after the war.

Raja Maan Singh built it in 1592. It is located at a distance of 11 km from the city of Jaipur. The fort is made with white marble and red sandstone and looks even more attractive because of the Maota Lake in the foreground. The inner walls of the fort place are adorned with painting scenes with carvings, precious stones, and mirror settings. The fort consists of four main sections. The main entrance of the fort is called Suraj pol, and it leads to the Jaleb Chowk which is the central courtyard of the court. Others are Kali temples,  Diwan-e-Khas,  Diwan-I-Aam, Jai Mandir. Ganesh pole,  Zenana. The admission charge to the fort is Rs. 10 for Indians and Rs.50 for foreigners.

Sheesh Mahal: At those times there was no heater and this part of the fort called as Sheesh Mahal was used. All the sides of the wall are covered with small glasses which reflected the light of candles or diya to keep the place warm.  This place was used in the picturization of Mughal-e-Azam Song “Pyar Kiya To Darna Kya”.

Original paintings: The fort is covered with paintings and stonework where only natural colors were used, and it still exists. There is even a painting where gold was used.

There are lot many more places in Jaipur which you can visit but make sure you have ample of time. In case you don’t have we have the best locations just showcased for you. And that brings the Rajasthan Tour to an end and time to say goodbye to the land of Rajputs. The experience was amazing and cannot be described in just a few words. You need to get down here so plan for it and have this guide only printed.

And here is the Travel Index Finalized for you :

How to book LPG Cylinder for Preferred Time Delivery

Tiranga.Net : The right place to know about Indian Flag

Yuvraj Singh to Captain the Sahara Pune Warriors in IPL 4